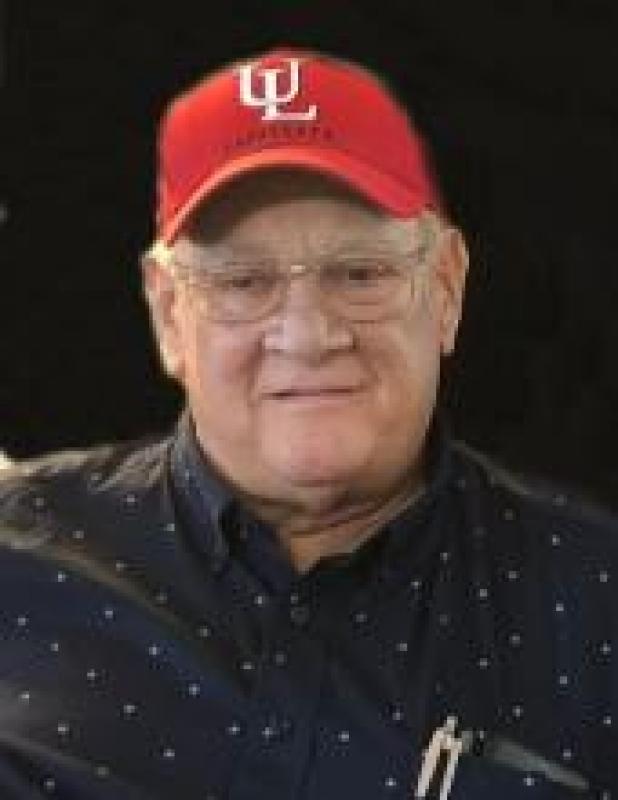 Breaux Bridge – Private Services will be held for the immediate family of James “Jimmy” Kenneth Blanchard, 76, who passed away on Friday, May 8, 2020, at his home surrounded by his family.
Jimmy never met a stranger. He was definitely a people person. In the early morning hours, he took great pleasure in meeting with a host of longtime friends for coffee and for sharing their political views, family news and the latest happenings in their little community. He loved spending time with his family; often cooking the fish he caught, while enjoying his love of fishing.
Jimmy was a parishioner of St. Bernard Catholic Church in Breaux Bridge. He could be found, at least twice a day, quietly praying the Rosary in his favorite meditation spot.
Early in life, he became active in his community, serving as a peewee football coach, a Boy Scout leader, a St. Martin de Tours Catholic Church youth group leader, a staunch supporter of the Breaux Bridge High School Tiger baseball team, a member of various service organizations and a volunteer for numerous community activities. Jimmy loved to cook and won awards for his gumbos and his crawfish ‘etouffee.
His career in finance spanned many years; most of those in his hometown of St. Martinville. He viewed his job as a way to help people. In that same vein, he entered the political arena and served 16 years as a St. Martin Parish School Board member and held the office of President several times during his 16 year tenure. His mission statement for his political service was, “I will never make a decision for the sake of getting re-elected. I represent the people and I will do what I feel is in their best interest.”
Many would agree that he succeeded in that mission.
He is survived by his loving spouse of 28 years, Charlene Usie Blanchard of Breaux Bridge. He is also survived by his children, Dean Blanchard and wife Charlotte of Breaux Bridge, Troy Blanchard and wife Julaine of Fulshear, Texas and Jamie Blanchard and companion Julie Cribbs of Baton Rouge.
He is survived by two step-children, Sharma Breaux of Breaux Bridge and Byron Breaux and wife Wendi of Lafayette.
His surviving siblings are Janice Blanchard Duplantis and husband Warren “Tookie,” Glynn Blanchard and wife Patricia and Keith Blanchard and wife Miranda, all of St. Martinville; and sister-in-law, Renee Blanchard.
He was the proud Pop to five grandchildren, Ridge Blanchard of Washington, D.C., Shea Blanchard McDaniel of Saraland, Ala., Beau Blanchard of Lafayette, Caroline Blanchard of College Station, Texas and Wes Blanchard of Fulshear, Texas.
Pop had eight step-grandchildren, Justin, Kristin and Alaina Zeringue, who are all in the military, Brennan Breaux and Aralyn Breaux of Lafayette and his partners in crime, the triplets – Drew, Kayleigh and Layni Menard of Breaux Bridge; two adorable great-grandchildren, Liam Blanchard and Ada Gray McDaniel were Pop’s icing on the cake.
He was preceded in death by his parents, John J. and Rose Theriot Blanchard of St. Martinville; brother, Lynn “Butch” Blanchard; and nephew, Dru Duplantis.
Jimmy will be remembered and missed as a loving husband, father, grandfather, great-grandfather, brother and friend.
Pellerin Funeral Home (337-332-2111) is in charge of arrangements.